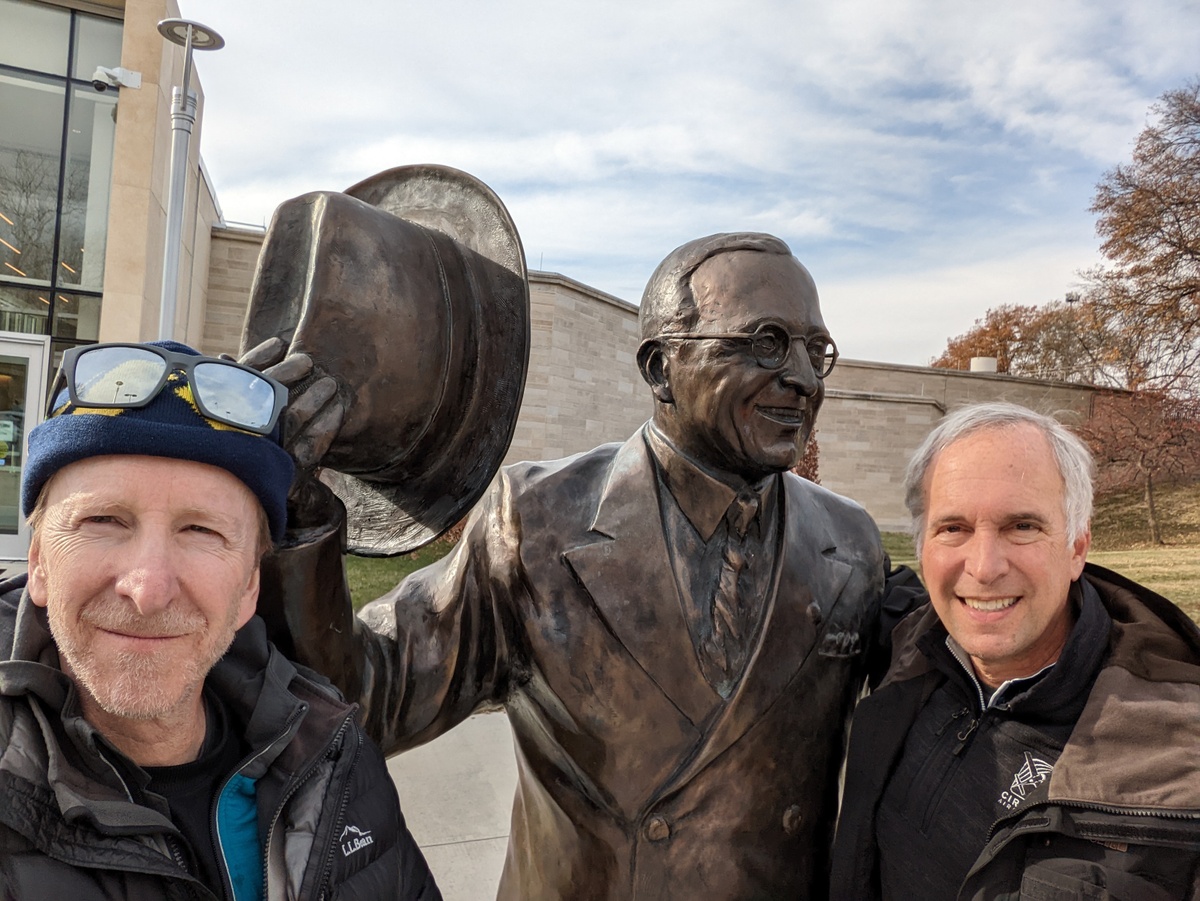 Unprecedented: The Value of Visiting a Presidential Library

As we welcome a new year, I got to thinking about a recent trip, and how what I learned may help all of us better deal with the stress created by today’s highly charged discourse. Instead of being at “root” level, this experience elevated my view of our shared history to above the “tree tops”—a very good vantage point from which to make decisions.

I had the good fortune of joining my best friend, Ken Yaphe, on a tour of four Presidential Libraries over six days in November (Lincoln in Springfield, IL; Hoover in Iowa City, IA; Truman in Independence, MO; and Eisenhower in Salina, KS).

Of the four libraries, Herbert Hoover’s was the most surprising. We generally associate Hoover with the stock market crash in 1929 and the beginning of the Great Depression. But Hoover, it turns out, was not only a great statesman, but also a visionary. He mapped the western U.S. waterways for future hydroelectric development (electrifying most of the intermountain west at a time when that part of our country had no electricity) and promoted technology and entrepreneurs (he attended Stanford and would locate his future think tank—The Hoover Institute—there. He saw the potential of Silicon Valley before silicon). What was even more amazing, was his humanitarian reach. After the conclusion of WWI, millions were displaced and starving from the war, the Russian Revolution, and the remnants of the Spanish Flu (the COVID 19 of that time). Hoover organized the effort to feed and clothe tens of millions of Russians and Ukrainians. After WWII, as the Iron Curtain descended, President Truman called Hoover back to service to provide for millions of displaced persons (refugees) from across Europe once again.

Truman’s library is as simple as Hoover’s, located just twenty minutes from downtown Kansas City. Entering the library, you are faced with a timeline wall. From the time that Roosevelt died on April 12th, 1945, Truman faced one massive decision and event after another (April 25th, he flew to San Francisco to open the UN; three days later Mussolini was captured and executed by partisans; one day later US troops liberated the Dachau concentration camp in Germany; a day after that Hitler killed himself; eight days later Germany surrendered…). Like today, there was plenty of economic dislocation as Truman had to end a 1952 national steel strike by force. There were disruptions in eastern Europe—the creation of NATO and the CIA and the Berlin Airlift all occurred under Truman’s watch. Conflict in Asia as North Korea invaded South Korea. Dysfunctional politics and political polarization—the beginning rise of McCarthyism and the firing of a popular and magnetic General MacArthur.

In this context (and Lincoln and Eisenhower decisions and events follow the same theme), the only thing new or “unprecedented” in today’s events is a lack of historical knowledge. Whatever the topic, whether it be domestic policy or relations between countries, it is not the event that is interesting but rather how leaders dealt with change. In retrospect, it is interesting to view what was handled well and what in retrospect contributed to a problem. As Truman said, “The only thing new in this world is the history that you don’t know.”

As we begin this new year, let’s view current events through the lens of the past as they are probably not "unprecedented". Maybe events of today aren’t really that new after all…